This time of year is good for public holidays. I put my day off to good use and went out to one of the islands to check out some of the top tourist sights in Hong Kong and ended the day enjoying the fireworks set off in the harbor.

Lantau Island (the island where the airport is located) has plenty to do for a day out. I headed over to see the Tian Tan Buddha, usually known as Big Buddha. Typical me, I wasn’t prepared at all and just set out with nothing more to my plan than to see the Buddha and the temple nearby. I took the metro to Lantau and found the cable cars located just besides the metro exit with a long line. If I had planned ahead, I would have known booking online could’ve saved me a few dollars (book through Klook!) and shortened my wait time quite a lot. After waiting an hour or so, I was next in line to get on the cable car and shared my ride with a few strangers. The ride was beautiful, if a bit foggy, the cars go up over the water and above some of the hiking paths on Lantau. 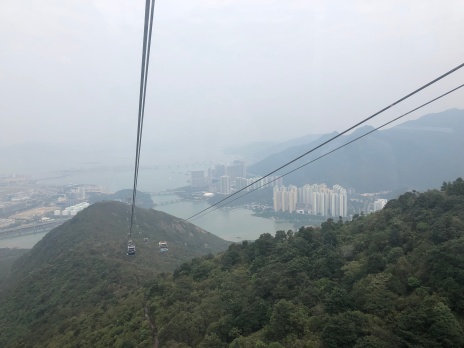 Even before we got off the car, some of the other passengers spotted some cows ambling about below. This part of Lantau does not feel like the rest of Hong Kong at all with dogs and cows going free and not a ten floor building in sight. The area is very touristic and there’s all sorts of ticket pricing to include different shows or add ons for the day, but I just stuck with the basic round trip cable ticket. There’s plenty of food options and even a short show in the middle of the area every so often.

After the walk through the little tourist area that has shops for speciality chopsticks, traditional dress, and a 7eleven of course, the San Man (Mountain Gate) leads to Po Lin Monastery straight ahead with the Tian Tan Buddha resting on top of the hill visible looking the other direction from the gate. The monastery is beautiful and inside is the Grand Hall of Ten Thousand Buddhas, a very impressive sight.

Buddhism is always associated bright colors, incense, and carefully carved statues in my mind. From the pictures below, I hope it’s clear why. the mostly gold picture is a shot inside the Grand Hall of Ten Thousand Buddhas, the others are around the monastery. 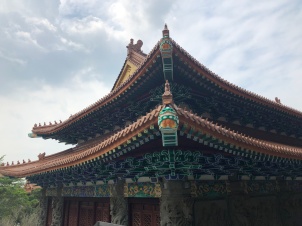 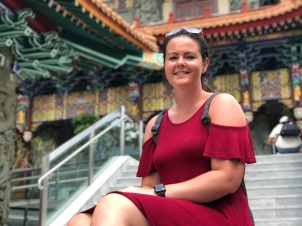 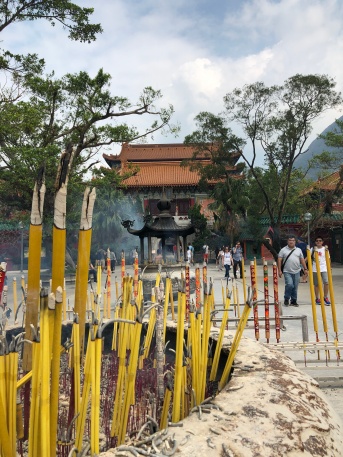 it wasn’t a very warm day, 26C or 76F, but it was a sweaty day. I walked up a few flights of stairs to Buddha and even halfway up I was already dripping. The stairs were just like we always see Chinese temples and statue constructed, long and never ending up to the top of the mountains. I’m often asked how I get so many pictures when I’m always alone. This one was taken by another woman traveling solo. She asked if I’d mind taking a few for her and in exchange she took a few for me as well. Somehow, it just always works out to get a few snaps. 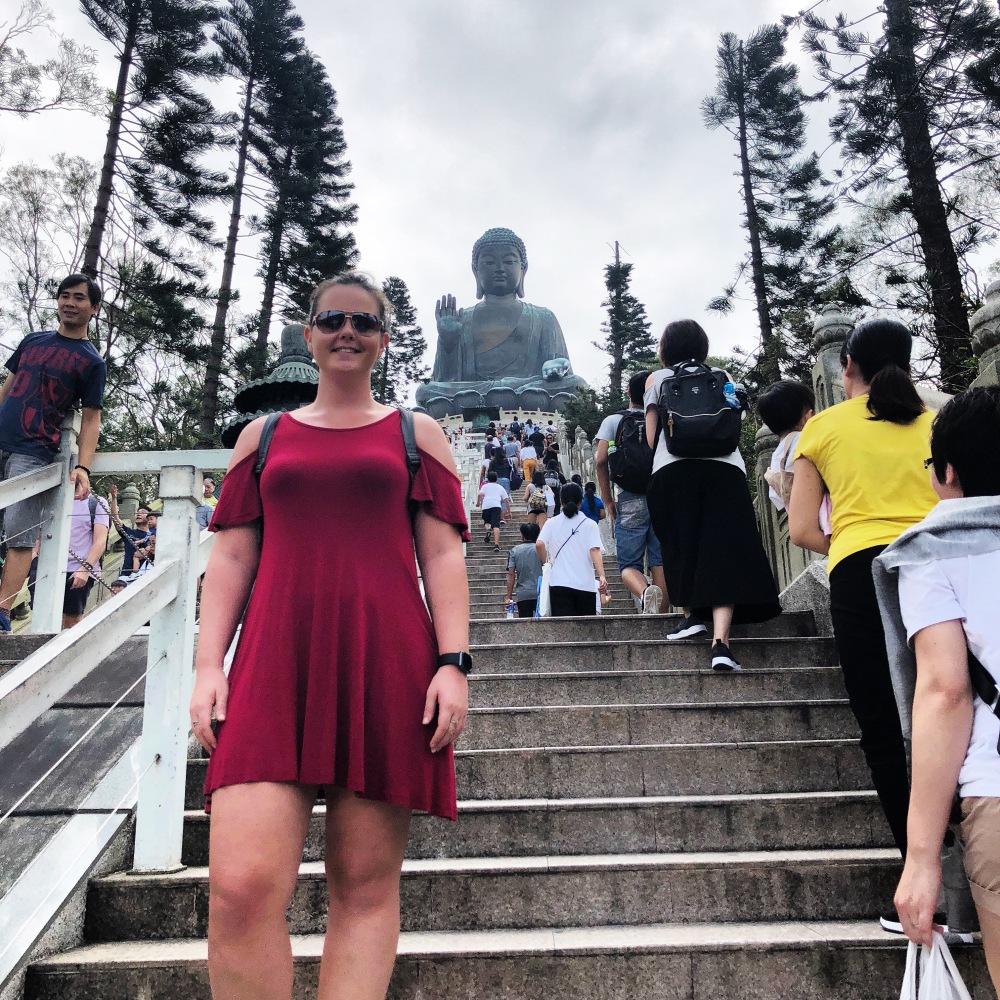 From the top of the Buddha platform, there’s a great view of the mountainous area around. between the cows roaming and all the green, I felt like my hour metro ride took me somewhere much farther than an island over. I had no idea there was so much green in Hong Kong before I moved here. Once I got to the top of the platform, I found that underneath Buddha was a little museum which had the most important thing I found after the walk up those stairs: air con. Most of the writing inside was in Chinese but a few English translations told me it was about how the statue was built and the dimensions of it. Some of the most intesting pieces is that it was completed in 1993, is 112 feet tall, and weighs 250 metro tons. There are several smaller statues that sit at the top of the staircase as well, though not at the same height as the big buddha.

I ended the day at Gold Bauhinia Square in Wan Chai, just a metro stop over from where I’m at, with a coworker to watch the fireworks. Hong Kong puts off fireworks a few times a year for Chinese New Year, National Day, New Years Eve, and sometimes on Hong Kong Establishment Day. The launch the fireworks from barges in the middle of Victoria Harbor to allow good vantage points from both Kowloon and Island side. The fireworks were definitely the best I’ve ever seen, I’m looking forward to the next dates.