Last weekend I joined Ani and her school on the senior class trip to Poland. We left bright and early Friday morning from Ani’s city of Miskolc with our first stop in Zakopane. Zakopane (Zah – ko- pahn-eh) is a beautiful little town that is popular in the winter for skiing and in the summer for hiking. It also had a great market that Ani and I spent a couple hours through as well as going to the top of Gubalowka to see the view. 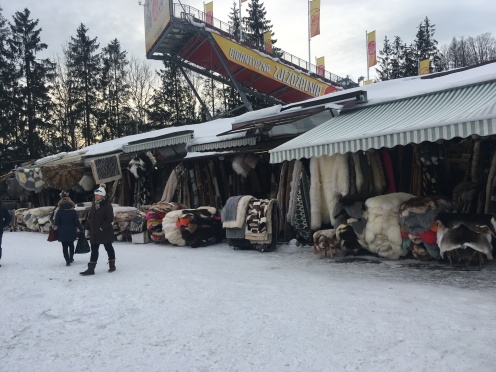 I discovered that Polish children are living the life I want to lead. All that’s missing is some hot apple cider and a pastry in their hands. 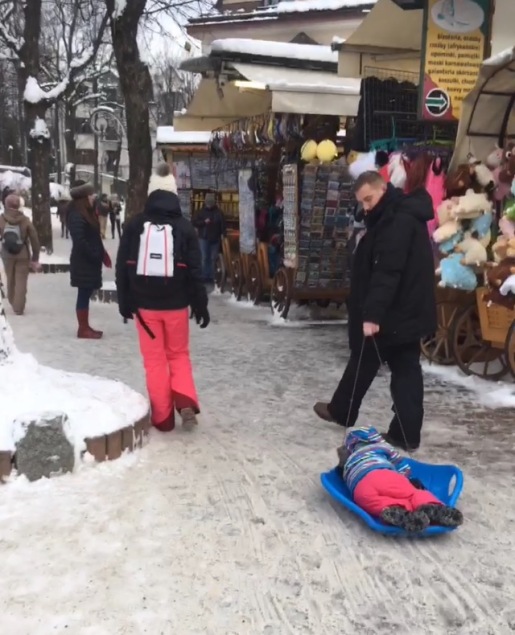 There was a beautiful castle in the middle of Krakow and the christmas market was going strong when we got there. Cheese is a popular food and can be served cold or warm with some cranberry (?) jam on top. 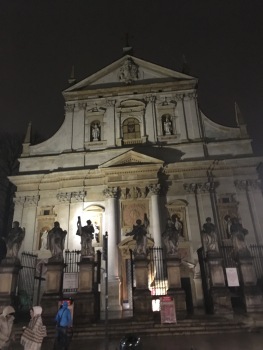 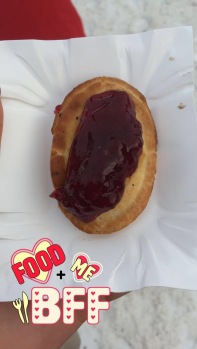 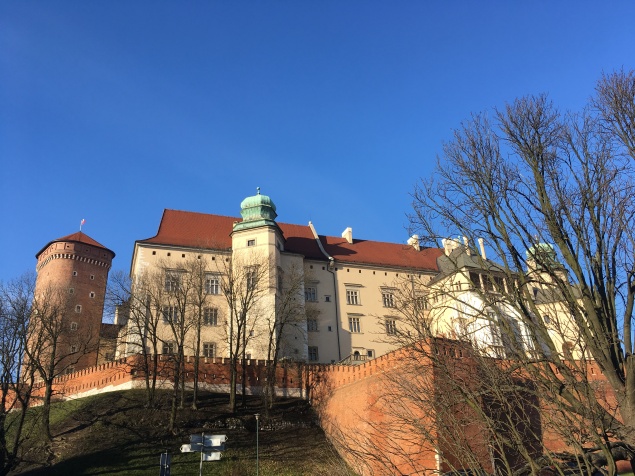 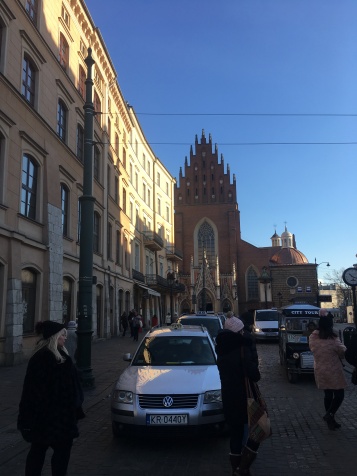 The drive around Slovakia and Poland’s border felt just like a snow globe in the most incredible way; and this is coming from someone who hates snow. If it has to snow at Christmas, this is what I want it to look like. It was also kind of funny to see Slovakia’s roads are as well plowed as PA roads while Poland’s were perfectly clear. 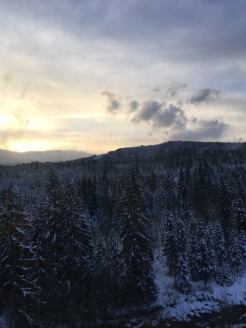 We arrived Friday evening in Krakow and stayed there until Sunday afternoon. While in Krakow, we took a half day trip to Auschwitz and had a tour of the Jewish quarter in Krakow. There was also a tour on Sunday morning, but Ani and I opted out since it was given in Hungarian. My tour of Auschwitz was also in Hungarian despite the teacher who organized the trip’s best efforts, but two of the seniors translated for me and I have to say how I’m impressed I am with their language skills. It gives me serious regrets about not paying for a Spanish tutor while I was in college.

Auschwitz was probably exactly how one thinks it would be: extremely sad and overwhelming. This was the second concentration camp I have visited (I saw one in Germany a few years ago) but it still hit me the same. There’s one thing to see the number of how many people died there and another to see the how many pairs of glasses, shoes, brushes, suitcases, and dishes were taken from those murdered there. There’s something about a number with so many 0s that makes it sort of out of reach, not quite understandable. Seeing the sheer number of possessions that were taken, takes that big number from something that is over my head to a person. I looked at the small shoes and I saw babies, I saw the suitcases with names on them and pictured what Ruth and Erick might have looked, I saw the pictures on the wall and read that Bruno used to be a salesman and Antoni was a carpenter and I just felt really sick that people could sleep at night killing and treating other people like animals. It was really hard to walk through but I think it’s extremely important to remember what humans did to other humans during this war. There were serious crimes against humanity committed. Crimes against the Jews, against the gypsies, against the disabled, and against many nationalities. People did horrible things to other people with no mercy and no regret. However, some people took this time to show a good side to humanity. Oskar Schindler was one of those people who showed true character and helped many of his Jewish employee’s escape the fate of death camps. During our tour of the Jewish quarter, we saw Schindler’s factory among other scenes from the Schindler’s List movie and Synagogues in the city.

Below are pictures from Auschwitz. From the students translation, all of the piles of things were taken from people on their arrival from the camp. I don’t know why, but out of all the things I saw there, what hit me the hardest was seeing the pile of prosthetics and crutches that were taken from people. Maybe it’s because we know that their possessions were taken from them, of course they didn’t get to keep their suitcases (their personal possessions were kept in what was called Canada 1 and Canada 2, big storehouses, or they were distributed to Germany families) but their legs, their means of getting around… Of course, these people would’ve been sent to their deaths straight away so I suppose they wouldn’t have been struggling to get around the camp as I had pictured at first. That was definitely exhibit that was hardest to see. 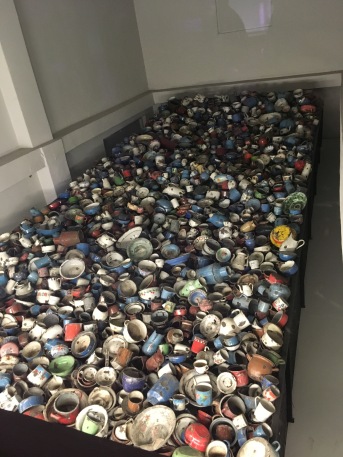 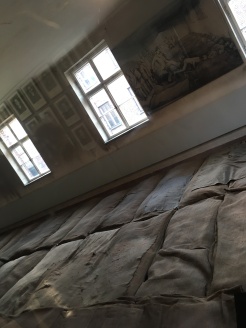 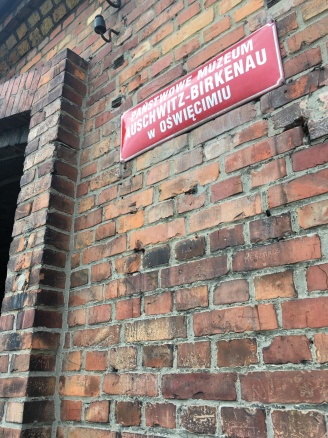 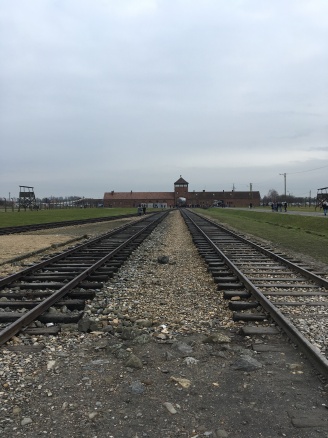